We are doomed regardless.

I try and start the conversation with "have you ever boiled an egg? ". The usual response is some kind of indignation, a what can you say about something most have obviously tried at some point in their lives. "It is all quite innocuous, benign at first", "then the water gets agitated and the egg bounces about. " This is what is happening within our thin atmosphere. More and more chaotic behaviour. More extreme, more things not seen before. Sometimes the same overall rainfall but concentrated in random areas.

People want to hear good news, positivity. Things getting better. We are told to avoid negativity. Bring us something hopeful rather than doom mongering. Most conversations of this nature rapidly turn to the problem of plastic, a problem indeed, but one that is in 7th place in the list of what is most important to worry about. I suppose we have a hand in the use of plastic and can control that to some extent. If plastic is not brought up, then a shrug of the shoulders and a resignation that what we be will be. Many will argue that the earth goes through natural cycles and maybe man is just speeding the process up. Not much an individual soul can do about it. Furthermore, what is the point when other nations are doing so much in detriment to the planet as a whole.

Technology will come to our aid. Or so we think. Solar power, wind turbines and maybe even nuclear fusion. Electric cars. Alas we need to find a way to heat our homes that doesn't involve the burning of gas and oil. We also ignore the amount of fuels used to fertilise the fields.

Countries are all aiming towards carbon neutrality by the year 2050 and all will be fine. We will be fine, for a population crash is more likely to materialise and the demands on the planet will thereby fall rapidly. In a few hundred thousand years the earth will rebalance with a much smaller human population.

The one question that people rightly ask, is how is it going to come about? What is going to happen? It seems too unbelievable. How will things actually play out?

Scaremongering does get an audience from time to time. Documentaries have been made about solar flares that occasionally knock out power grids, mega-tsunamis and about the earth's magnetic poles switching. I remember watching one about the tsunamis and how ill prepared those likely to be caught up in the swell are. How few and far between the warning sirens are. Then some years later in 2004 some 200,000 people died in one day. This was not a man induced calamity, but it helps us appreciate that when nature unfurls its potential, it can be savage.

I think people will take notice when it truly impacts on their way of life. "I live on a hill so no fear of flooding for me". Besides people can adapt, move if necessary. Will the walls keep the millions on the move out? Will we really shoot all of those steaming towards us? 70 million are classed as displaced today, yes mainly from war zones and political instability, but can we address the problem if it were 700 million or more? We can store some food in tins and jars, but widespread crop failure can be more of a problem than just a rise in food prices.

In the 1980's we were told that the oil will run out by the year 2000. How wrong they were. We are in 2020 now and there is at least 60 more years of supply left. This along with any global climate issues is for future generations to handle. It is not for us to do anything about. Why bother going against the grain. People are becoming bored with the mantra. Besides if it is all going to come crashing down, we had better throw a party and enjoy what we can while we can.

As for me? I have just purchased another 5.5 acres of land to leave alone. To leave to nature, human free. Is it to offset what I personally have consumed? Maybe. Is it to help me avoid seeming like one of those that talk and do little in practice? Maybe. Anyway, no one person has done anything alone that has made any difference. What will be will be. 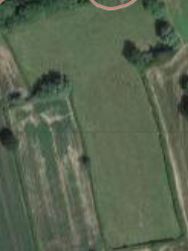